My name is Robert, but you can call me the Hook, everyone else does… and I am a loser. 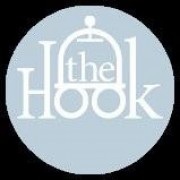 At this point some of you are thinking the following:

Regardless of how you feel about my announcement, I am steadfast in my convictions. This was not a decision I reached overnight; I’ve been pondering my social standing ever since I emerged from the womb and was placed at the back of the viewing order in the observation room.

It’s all about politics, folks. If my mom had just shagged the delivery doctor I might have been discovered. (He delivered babies for a living. He had to have been into fat chicks, right?) And I’m not kidding about being discovered; one of the little cherubs in the front was spotted by a casting agent and went on to star in a bunch of commercials all through the Seventies before finally discovering weed and flaming out like a comet in the Eighties – if the comet was on drugs, that is.

That could’ve been me. Thanks, mom.

Life just got “better” from there. As a kid I once used a pair of scissors to pry my Batman radio out of the extension cord I ran from the laundry room in order to get it to reach my “Batcave” under the cellar stairs. Did I mention they were metal scissors? And that the resulting sparks gave my eyebrows a distinctive look that was all the talk of Power Glen Public School? Oh, and did I tell you my little electrical escapade shorted the house out causing my father to question my mother for hours as to whether or not I was truly his progeny?

Because all that happened.

Then my rep at school really took off once I discovered the effect females had on my still-developing-but-not-so-herculean form. Never in the history of romantic loserdom has a young boy struck out more. My idea of wooing our school’s prettiest gal (yes, it was the Roaring Twenties) the ultimate girl next door, was to tease her mercilessly. I even egged her house, and when he stepped outside at a most unfortunate moment, I egged her dad.

Needless to say, we didn’t wind up making The Beast With Two Backs, although at that time I had no idea what the hell that was anyway.

I got beat up by girls. (I wish I could say it was because my parents raised me to never strike the opposite sex.) Spit on by girls. Told to drop dead by girls. In fact, girls did everything to me but what I actually wanted them to. Then again, I truly didn’t know what I wanted them to do – but I knew they weren’t doing what girls normally did to boys.

Adding to my troubles at the time was the fact I was receiving A LOT of attention from two young ladies in my class. They were from the so-called wrong side of the tracks, wore tight clothing, more make-up than anyone, teachers included, in our school, chewed gum all the time, and came to my house in the evening to hang out with me in our basement while my parents stayed upstairs.

Yes, I am a complete and total moron, or to be precise, a complete loser, thank you very much.

Other kids got treehouses, I got haunted train tunnels…

My life trajectory has remained steady ever since. I went through the lower levels of school barely emerging from one disaster after another. When I left behind grade six at Power Glen School in St. Catharines the principal made the following announcement to the graduation audience:

“I literally have no idea what we’re going to do for Talent Night next year with Robert Hookey going onto grade seven at Westdale. Who else would be bold enough to run around in their underwear in front of the whole school?”

Yes, you read that right. There was a legitimate reason I did that – but that’s a dysfunctional tale for another day.

By the way, if you’re not familiar with St. Catharines, just picture Vermont – if Vermont stopped trying. But St. Kitts, as the locals in the Seventies called it when they were having key parties and drinking cheap wine, was actually a cool place to grow up. Not that I ever did.

My stint in junior high was interrupted by the implosion of my parents’ marriage.

And so my misadventures continued through high school where my anti-female vibe followed me, and thankfully, where I discovered Ginger Lynn. I had many “thrilling” escapades in high school: ill-timed erections (90% of them still are, truth be told) battles with bullies (that I always lost) and teachers who called me a slacker (a term I couldn’t be bothered to look up in one of those books that tells you what words mean).

I never would’ve survived high school without this lady…

And onto college, where I ran afoul of:

I still can’t believe any of us aren’t actually working in Canadian journalism. Then again, maybe it’s not such a mystery, right?

Since I graduated college with a degree in journalism that was worth… absolutely nothing, I drifted through a series of Joe Jobs (pumping gas is an honest day’s work even though the oil companies are as corrupt as the day is long) before finally landing the gig that would help define me as a human being: I became a Niagara Falls bellman. The modern-day hospitality industry is actually anything but, kids. As a Canadian bellman/loser I have been:

As a bellman I’ve been thrust into the role of whipping boy – if it wasn’t already apparent – and so I’ve become accustomed to slugging mounds of travelers’ luggage around a thousand-room hotel only to receive a “Thanks, Boss!” for my efforts. If I’m lucky.

Fun Fact: In 2016, to the average traveler, the following counts as “luggage”:

Just imagine dealing with these sorts of shenanigans on a daily basis. For nineteen years. Is it any wonder my self-esteem is virtually nonexistent? Speaking of which, it bears noting that I’ve only covered the highlights here; there isn’t space left on the interweb to cover the full depths of my loser status.

And speaking of my non-WINNING! status, the defining incident that led to this post involves my lifelong dream, which is made up of two elements:

I can say with absolute certainty that neither of these dreams will ever come true. While I genuinely love writing this blog, friends, I lay awake at night riddled with anxiety. I just can’t break through; the publishing world hates my guts (you’d think I’d slept with every agent and publisher in the biz). As for the CBC… well, their executives are obviously convinced I’m brain-damaged and so they either make me wait eight months before rejecting me with some convoluted excuse (“Our website clearly says keep your pitch brief.. but you were too brief. We wish you luck in your future endeavors – you poor, pathetic jackass.”) or they do it quickly but no less painfully.

(By the way, I’ll always love the CBC as a network and public entity. It’s in my Canadian blood.)

And so I’ve recently accepted and even embraced my status as an authentic Canadian loser. If you can’t laugh at yourself who can you laugh at kids? Well, besides politicians on both sides of the border, the Kardashians, travelers, etc. My point is, my dreams sustain me but accepting my reality allows me to survive.

I hope you’ve found this brief (okay, not really) look into my past and its effect on my present enlightening, friends. One last thing: I’ve been a dad for almost twenty years and a husband for twenty-two and I take a great deal of pride in both roles. Although, as you’ll see in a future post, I’ve brought my losing streak to those “jobs” as well.

But as that, as they say, is a tale for another day…

Husband. Father. Bellman. Author of The Bellman Chronicles. Reader of comic books and observer and chronicler of the human condition. And to my wife's eternal dismay, a mere mortal and non-vampire. I'm often told I look like your uncle, cousin, etc. If I wore a hat, I'd hang it on a hat rack in my home in Niagara Falls, Canada. You can call me The Hook, everyone else does.
View all posts by The Hook →
This entry was posted in Hotel Life and tagged Canada, childhood, politics, sex, St. Catharines, The Hook, the Kardashians, the Seventies. Bookmark the permalink.