Today’s guest has done it all – on stage, screen and film no less.

Wait, for some reason that sounds wrong…

Let’s start over shall we?

I didn’t ask Alden Adair to be here today just to be eye candy for my devoted readership, no, he’s here because he’s a journeyman Canadian actor, gallivanting from medium to medium, show to show, leaving a trail of exceptional performances in his wake.

Photo by Mike Halbwachs.  Intensity by Alden Adair.  Sighs by every lady viewing this.

The condensed version of Alden’s existence both in Canada and on this plane of existence is as follows: His fight for freedom from the womb ended in Regina, Saskatchewan Canada, where he went to Athabasca elementary school and Sheldon Williams Collegiate high school. He has performed in the Shakespeare on the Saskatchewan festival multiple times and has been in numerous television shows including Defiance, Reign, and The Englishman’s Boy.

But who is Alden Adair, really? Heck if I know! I’m a blogging bellman, not the CIA! But I can tell you this: Alden’s is an old soul. He is the sort of man who was mostly likely a Viking in a past life, or at the very least, a Shakespearean actor. He is kind, generous with his time, he’s obviously spent a few hours in a gym (yes, it is beginning to sound as though a bromance is forming, thank you ever so much for noticing) and he brings a genuine humanity to every role.

His work can be seen on The Expanse, Killjoys, the Beauty and the Beast TV series, Murdoch Mysteries ( yay!) and the critically-acclaimed and game-changing series, Cardinal and Workin’ Moms.

In other words, Alden as been rockin’ in the free world of TV since 2004 and has the battle scars to prove it. And now he’s here. On my blog. Well, it was fun while it lasted, right, Alden?

ONE)  If you could be any bird, what would you be?  (I believe in being different, obviously.)

Those things are smart, and they look cool, kinda like death birds. I’d like to be a death bird, cause you’d get some mad street cred. Also, I’d get to hang with Odin maybe, you know if I put my time in and made the right connections. So ya, a raven.

(Hanging with the king of the Asgardians? You gotta respect a man with a plan, right?)

TWO)  Workin’ Moms has become more than a TV show; it’s become a movement, giving voice to the frustrations of parents of both genders. Does this put extra pressure on an a actor to “up their game”?

I’d say no, but not for the reason you’d initially think. Acting, good acting, is moment to moment, so there’s no real time for considering anything outside of the scene when you’re on set. I think that the best thing an actor can do is to be there, with their scene partners, and then let the show and the audience form their own relationship, opinions, and buzz.

If an actor puts pressure on a scene, like “This is THE scene for the show” (even though an actor will probably know when a scene like that comes up) it’ll kill the flow of what’s working. Because, it worked the first time when we didn’t know what people would think, right? Stay the course.

THREE)  You’ve worked on some of the finest Canadian television programs in existence so you’re qualified to give an opinion: Is this really a golden age of Canadian TV or are we still getting beaten out by the Swedish Yak Wrestling network?

I really want to watch the Swedish Yak Wrestling network now, where can I find that?

Its true though, Canada has some great artists breaking new ground, and I hope it continues. It takes bold artists, but it also takes good policy, and willing producers and networks. I hope that the trend continues, and that shows get the investments they need. We have the talent and skills, we just need that money yo’. But ya, this year I’ve witnessed the best Canadian television I’ve ever seen. Period.

FOUR)  Can you share a Workin’ Moms moment that brought you to your knees?

I think I’ve laughed the most watching the nipple piercing scene. It was brilliant, like the antithesis to the Mommy and Me openers. The pay off at the end for Jenny is huge, and the nipple milk gag had me crying. Juno’s face was priceless!

FIVE)  As an actor you’ve worked on film, the small screen and the classical stage: Does your heart belong to any one medium?

Not really. They’re all different mediums, and as an artist they all have things that are amazing. Being an audience member, excellence in any one art form can completely enthrall me.

Right now though, TV and Film are where I’m at. Keeps me in the city with my wife, which is important to me. And I get to work with all these cool artists on Workin’ Moms, which is pretty cool too 😉 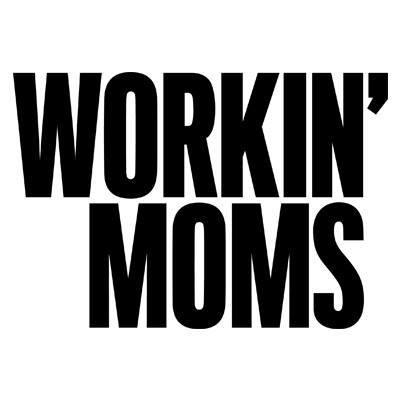 Yes, Alden is one cool, down-to-earth dude and yes, I am a wise and brilliant man for making him a part of 5×5 history, it’s true. I am eternally grateful to Alden for being here and of course to all of you for taking time to forego the Trump watching and cat video leering.

Husband. Father. Bellman. Author of The Bellman Chronicles. Reader of comic books and observer and chronicler of the human condition. And to my wife's eternal dismay, a mere mortal and non-vampire. I'm often told I look like your uncle, cousin, etc. If I wore a hat, I'd hang it on a hat rack in my home in Niagara Falls, Canada. You can call me The Hook, everyone else does.
View all posts by The Hook →
This entry was posted in Hotel Life and tagged Alden Adair, Canadian TV, CBC, Jessalyn Wanlim, Juno Rinaldi, Kiljoys, Murdoch Mysteries, Workin' Moms. Bookmark the permalink.