We’re going to begin today with a proverb that’s been tweaked over the course of centuries but still rings true, perhaps more than ever in a day and age where living for today is all that matters to most of us.

As a bellman I’ve literally met millions of people over the last two decades. Most of these encounters are brief and consist of my patented hospitality jibber-jabber, but as regular readers of this space know all-too-well, some of my guest encounters are prolonged. And just plain nuts.

There was young lady from Ohio who I first crossed paths with when I worked at the Comfort Inn on Clifton Hill in Niagara Falls over twenty years ago (!) and who took to my down-home Canadian charm immediately. She was traveling with friends on a “Grandmas Weekend” and we seemed to hit it off nicely. A few weeks later a gift arrived at the hotel for me, which sent Management into a tizzy; they don’t like staff to ply guests with “sob stories” in a bid to solicit extra gratuities or gifts.

Fortunately my squeaky clean rep saved my Canadian bacon (you’re laughing but it really was squeaky clean back then) and the situation was defused. And when the gifts continued I wrote back (this was before the advent of social media, kids) and included my home address. Yes, in retrospect it seems like a foolhardy thing to do but I was young and foolish.

The gifts continued and included a gorgeous baby scrapbook for my then-newborn daughter and were followed by a series phone calls over the course of a number of years. My wife and I established an actual friendship with someone whose bags I delivered on two occasions. 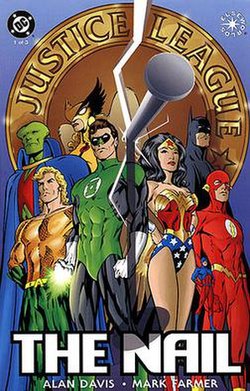 O.J. Simpson. Kevin Smith. One of the biggest importers/exporters of cigarettes in this country. Countless hookers. (So, so many hookers.) I meet a new batch of people every day and it became clear to me years ago that I could never predict just how much of an impact they’re going to have on my life if I tried. Vincent Pastore (he was Big Pussy on a little show called The Sopranos) has strolled through the hotel several times and during one visit he signed an autograph for my father-in-law, Jack Fisher. It became one of Jack’s most treasured… treasures.

The high school teacher I had that placed me at Zellers for an internship inadvertently introduced me to my wife and without him (and medical science) our daughter wouldn’t have been born and I wouldn’t be the kick-ass dad I am, so you never know how a seemingly-innocent relationship will determine the course of your entire existence.

So stick around and keep making those connections. They could just save your life.

Husband. Father. Bellman. Author of The Bellman Chronicles. Reader of comic books and observer and chronicler of the human condition. And to my wife's eternal dismay, a mere mortal and non-vampire. I'm often told I look like your uncle, cousin, etc. If I wore a hat, I'd hang it on a hat rack in my home in Niagara Falls, Canada. You can call me The Hook, everyone else does.
View all posts by The Hook →
This entry was posted in Hotel Life and tagged 100 Reasons To Not Kill Yourself, hotels, JLA: The Nail, life, Ohio, suicide, the future, tourists, travel, travelling. Bookmark the permalink.