I’ll say it again: I’m not hard-wired to be positive and inspiring for one hundred posts.

But since surrender is not an option I’m going to continue to enlist my blogging allies in this “fight” to convince people that embracing the emptiness of the dark is never the answer. So please welcome the amazing John W. Howell to the countdown, won’t you?

What I love about John’s writing is that it doesn’t feel like writing at all; it’s as though he’s in the room with you (listen closely and you can hear him breathing) and so his conversational tone mirrors my own, So we’re all in for a treat today.

My friend Hook here invited me to guest post on his blog. Still, as I write, I cannot imagine being asked to appear on one of the most enjoyable blogs on the planet. You see, I have been following Hook for awhile and have been enjoying his offbeat brand of humor. No one can tell stories of the leisure industry like the Hook. Each one is as if you are right alongside him as the fun unfolds.

That isn’t all. He conducts world-class interviews with some of the biggest stars in Canada. (I don’t think the stars of America know what they are missing, or they do know him. Not sure which.) He also keeps us South Americans (yes, I’m in the States eh?) up-to-date on all the happenings on the “Murdoch Murders” scene. Of course, he doesn’t realize I can’t receive the Canadian television signal and am too cheap to subscribe to Hulu, so most of the time I have no idea what he is talking about in the storyline. That doesn’t matter because it is the way he describes the shows that make reading worthwhile.

So, what am I doing on his blog you ask? I’m glad you did. I am here because Robert (his real name – Gasp!) has been doing one of the most excellent series of what I call public service posts. You see he lost his dear friend Ronnie to suicide and in some way, Hook wants to prevent others from suffering the same loss as he. I have to admire his courage since he has decided to publish 100 Reasons To Not Kill Yourself.

I suspect that since I have been following his journey, Robert might need a breather. So, I think I will step in and offer a reason not to commit suicide; Now, this could be very tricky since I don’t want to give an idea that Hook has already published or is planning to release. “Well, just call him,” you say? That is easier said than done.

No, I will have to work this out myself.

Since I’m a writer (surprise, surprise), I think my choice is:

#63: A Reason Not to Commit Suicide is You Will Not Finish Your Book.

We all know writers live for the day they can finish their book. You know, in the old movies where a writer concludes his or her book and then gets a cigarette and glass of Champagne in celebration? Imagine if you will, getting near the end of a book and deciding to take a swan dive off the Empire State Building. (lots of drama. I’m a writer remember?) What fun is that? You’ll miss the ciggy, the champers and all the adoring fans congratulating you with cards, letters, and chocolate. (My fellow writers now think I have lost my mind. The truth is none of that stuff happens anyway) What you will miss is bringing that tightly woven story to a conclusion. You have fallen in love with the plot and the characters, and so you can’t abandon them to an unfinished ending.

As a reader, I would also say a Reason Not to Commit Suicide is to finish the book that the author, by not committing suicide, took the time and trouble to finish. So, there we have an excellent tidy reason and it is all wrapped up in a good book.

Thank you so much for allowing me to visit, Robert, and I applaud your efforts in raising awareness about suicide prevention.

You can visit me at http://johnwhowell.com 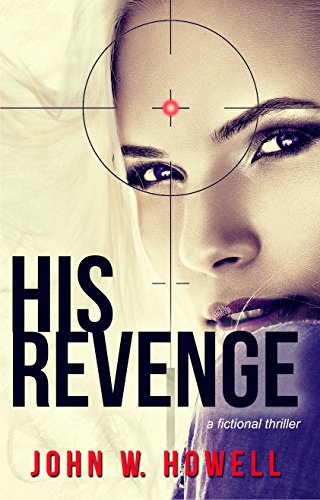 One of John’s many amazing works of spectacular fiction.

My heart just swelled to three times it’s factory-issued size, John. I can’t thank you enough for being here and helping me fight this good fight. I only wish I was as good as you make me seem to be.

Husband. Father. Bellman. Author of The Bellman Chronicles. Reader of comic books and observer and chronicler of the human condition. And to my wife's eternal dismay, a mere mortal and non-vampire. I'm often told I look like your uncle, cousin, etc. If I wore a hat, I'd hang it on a hat rack in my home in Niagara Falls, Canada. You can call me The Hook, everyone else does.
View all posts by The Hook →
This entry was posted in Hotel Life and tagged 100 Reasons To Not Kill Yourself, authors, Death, John W. Howell, life, suicide, writing. Bookmark the permalink.