Rules, much like that bird house I blew up with a “homemade firecracker” when I was a kid, were made to be broken, and so today I’m turning the blogging reins over to the phenomenal Mark Myers, a blogger and human being whose magnificence I am incapable of doing justice with my meager talents so you can read about him and his amazing family here.

Mark’s blog is called, “A Generous Helping (Of Laughter & Tears)” and the man is just as generous as the name implies. Please, read his words carefully and take from them what you will.

And what you need.

I once had a writing assignment to develop a tall tale. I centered my story around the existing legendary characters of Paul Bunyan and his blue ox, Babe.

In summary: Paul and Babe were wandering out west looking for trees and found themselves in a remarkably flat, desolate place. A sepia-toned Teddy Roosevelt showed up claiming the ground as a National Park. Surveying the land with his hands spread wide, he grew and grew until he pushed Babe into Paul and both fell headlong into a heap, thus creating a massive hole we now call the Grand Canyon.

I have no idea what grade I received, but I remember being quite proud of my work.
I grew up in Kentucky and took several trips to another hole, Mammoth Cave. It is a different kind of hole but an impressive system, nonetheless.

With 412 miles of passageway it is twice the size of the next known cavern. Because of its high concentration of limestone, Kentucky is full of caves. When I was in college, my fraternity often held bonfire parties where we could explore a nearby cave. In the “how stupid is a twenty-year-old boy?” category, two friends and I went off caving with one flashlight between us. Of course, we hadn’t checked the batteries and the light began flickering half-way through. It went out and left us in abject darkness for a couple of hours until everyone else realized we were missing and came in the hole after us. Lucky idiots we were.

I bore witness to another hole recently; a hole caused by death. Cancer reared its ugly head into a friend’s life and he was given a three-week diagnosis. The stubborn guy stole fourteen months from it. His oldest and youngest daughters are very close friends of my girls. We arrived at the funeral early and sat near the front. With the angle of the seats I could see his family in the center and while I did pay attention to the service, I couldn’t keep from looking their way from time to time. I saw a musical son keeping time to music, a daughter lift her hands in praise, a daughter lost in thought, and a strong wife dabbing tears.

All of them sat beside an empty chair… a hole.

While geologists tell me the caves I’ve explored took millions of years to form, the hole I witnessed that day appeared in an instant. And in terms of size, it is large. It will be manifested as an empty place at the table, in the bed, beside his girls at their weddings, and an empty chair at his son’s concerts. It is a hole uniquely theirs that no one else can fill.

Death is proof that we lived and a funeral shows that we didn’t live in isolation. Each and every death creates a hole of some kind. Since my daughter, Kylie died, I have contemplated death more than ever before. I am sure that is natural, but new to me. I don’t think I have ever feared death, but I have always assumed I would live a long, full life. Kylie’s death challenged that notion somewhat. I have yet to feel suicidal, but I admit that I’ve entertained a more welcoming attitude toward death. After all, part of my heart is already gone.

When I turned fifty years old, people said things like, “here’s to fifty more.” I know it was said to be kind and jovial, but my internal response was, “No, I’m good. Maybe five or ten more and then I’m done.” Sometimes I said it aloud. After all, I’m kind of okay with death now.

Watching my friends deal with their hole made me consider the hole another death in our family would create… a widening of the hole we have. That day marked a turning point of my thoughts. Of course, I am going to die. The mortality rate is 100%. But don’t I owe it to those I love to push it out as long as I can?

No matter how lonely and isolated you feel, your death would make a hole, too. No one walks this dusty earth without crossing paths with others along the way. Talk to them, talk to someone. Maybe it’s been years, but please make the effort. Suicide is not painless to those left behind.

I’d be a fool to try to add anything to this. 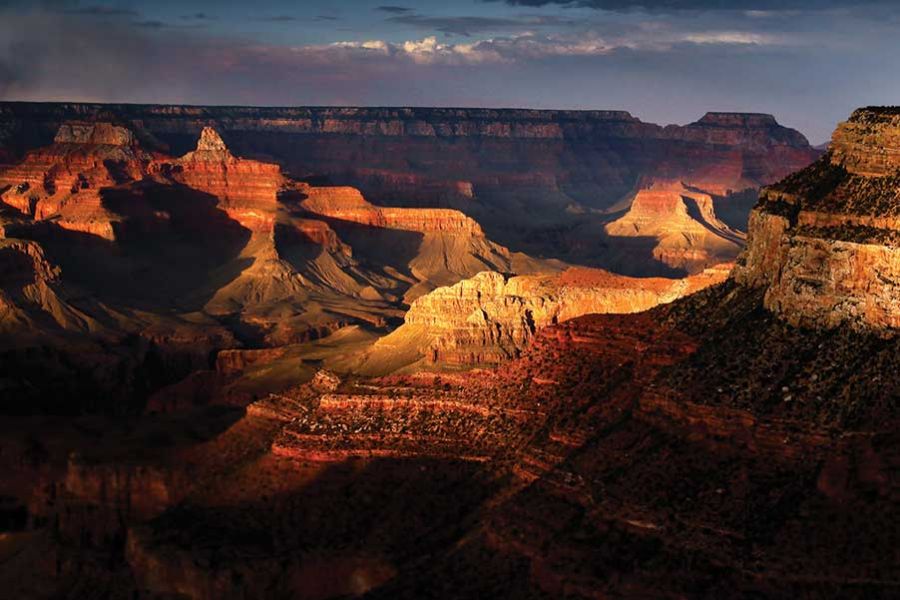 Husband. Father. Bellman. Author of The Bellman Chronicles. Reader of comic books and observer and chronicler of the human condition. And to my wife's eternal dismay, a mere mortal and non-vampire. I'm often told I look like your uncle, cousin, etc. If I wore a hat, I'd hang it on a hat rack in my home in Niagara Falls, Canada. You can call me The Hook, everyone else does.
View all posts by The Hook →
This entry was posted in Hotel Life and tagged 100 Reasons To Not Kill Yourself, Babe the Ox, Boulder, Death, Grand Canyon, life, Mark Myers, Paul Bunyan, Smile for Kylie, the Grand Canyon. Bookmark the permalink.