Murdoch Mysteries: Behind The Lens With Amanda Richer.

When I was in high school I couldn’t wait to get to get to history class every day, but it had nothing to do with academia.

You see, Lydia Parker (“Luscious Lydia” to the guys) sat across from me and while I never actually learned anything in that class, I paid plenty of attention, if you  know what I mean. Then one night, Lydia’s parents went away and she threw a party where she got blind stinking drunk and exercised some truly poor judgement. I finally got my chance to better understand why she was called Luscious… until she fell off of me… but not before vomiting cherry Schnapps all over my best Def Leppard concert t-shirt.

Needless to say, history class never held any appeal for me after that night. My point is, selling history to the masses is never easy, but Peter Mitchell and the entire Murdoch Mysteries team have always managed to pull off the impossible, merging non-fictional personalities with fictional events to produce one of the slickest television shows on the air today.

I think we can all agree that the last few months have been particularly turbulent for our society as a whole; not only are we literally destroying each other on a grander scale than normal, Mother Nature herself appears to have an axe to grind with humanity. Actors like Amanda remind us that it’s okay, healthy even, to smile and be enlightened through the tears.

And that, in a nutshell, friends, is MM’s greatest strength; the ability to touch us emotionally while still be entertaining. I’ve watched this show sustain a dying man’s spirit and that’s why I’m the ultimate MM male cheerleader.

And yes, I apologize for the images that statement has most likely inspired. Let’s turn things over to Helen, I mean, Amanda, shall we? 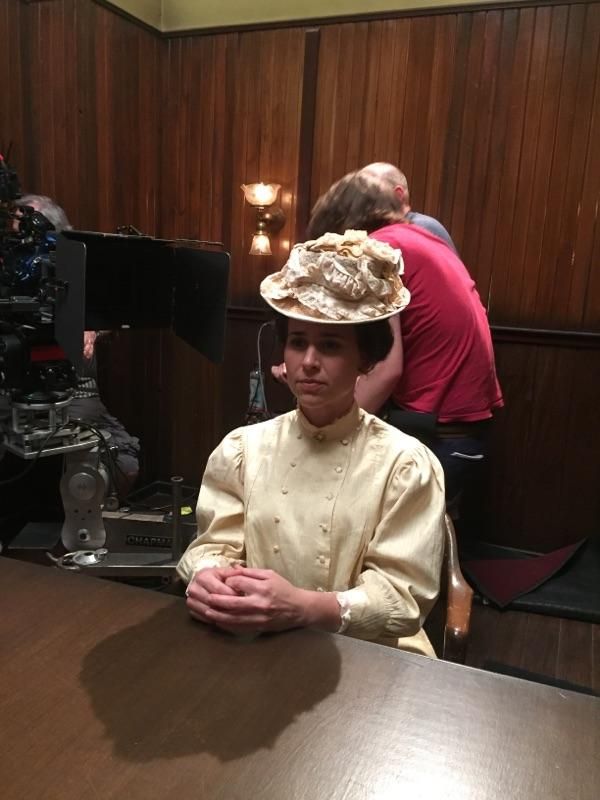 “How much longer do I have to hold this pose, Hook?  I have to sneeze!”

ONE)  So, Helen Keller in turn-of-the-century Toronto? And wrapped up in a mystery, no less?  This must have been one of the greatest challenges of your career so far.

She does get wrapped up in a mystery, but it’s a mystery close to her heart, and she wants justice!  It was an incredibly challenging role for me and one I couldn’t wait to immerse myself in!

I wanted this role, bad, and I was determined to get it!  I did research, coached on it, and walked into the audition room in full force!  Two days later my agent Chris called me with the news!  I think the greatest challenge for me was finding her voice; but with Laurie Lynd (Director) and Peter Mitchell’s guidance, I found it.  I must say, playing Helen Keller really allowed me to grow as an actor, and just reinforced the love and passion I have for acting. 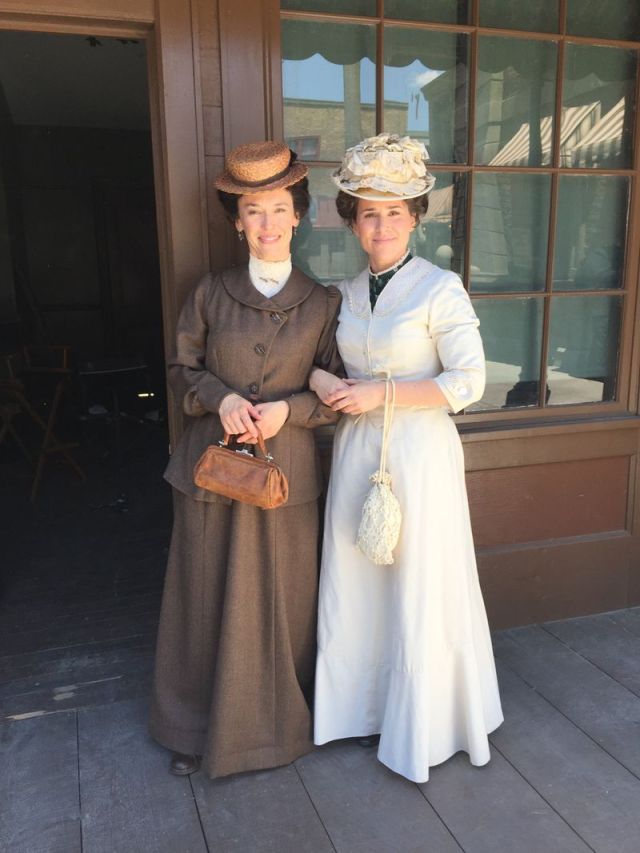 TWO)  Do you know if Peter Mitchell and company specifically sought out a hear-impaired actress to bring Helen to life?

On the breakdown they did ask for indication whether the actress auditioning was hard-of-hearing, Deaf and fluent in ASL.

THREE)  After eleven seasons a set like MM’s must run like clockwork; is it difficult to insert yourself into a well-oiled machine like that? Or is Jonny Harris all territorial when it comes to the craft service table and such?

I was lucky that I’ve been around the MM set before! Georgina Reilly (Dr. Emily Grace), is one of my best friends, and I’ve known Jonny Harris a long time too, so I didn’t feel intimidated at all! The fact that MM is a well-oiled machine, I knew I was in good hands. The cast really make you feel at home, and the crew really makes you feel like family when you’re there.

My first scene was with Hélène Joy, and I couldn’t have asked for a better way to start my experience on set! I absolutely adore Hélène, and you know what? Even after knowing Jonny for a few years now, I never realized just how much green tea he consumes daily!

This is far too much beauty for one pic…

…But this isn’t.  (Jonny Harris is going to kick my butt someday.)

FOUR)  Any chance we’ll see you again in the Murdochian universe?  (Maybe not as Helen but it used to be common for actors to portray multiple characters on shows over time.)

I really hope they bring me back as Helen Keller in Season 12 (Fingers crossed MM gets greenlit for a 12th season!). I would love to see an episode where they really hone in on Helen’s activism, maybe with an inspiring speech or two; she truly captured the attention of her audiences, and playing her again would be a dream!

We owe Amanda and the amazing Deb Drennan a debt of thanks for what is sure to be another amazing episode of Murdoch Mysteries, my fellow Murdochians.

You know when you’re just overly giddy and you make these stupid noises and fling your arms everywhere in excitement?! That was me everyday on my way to set!

But if I had to choose 5 actual words to describe that excitement, lets go with: Honored, eager, prepared, humbled and inspired. 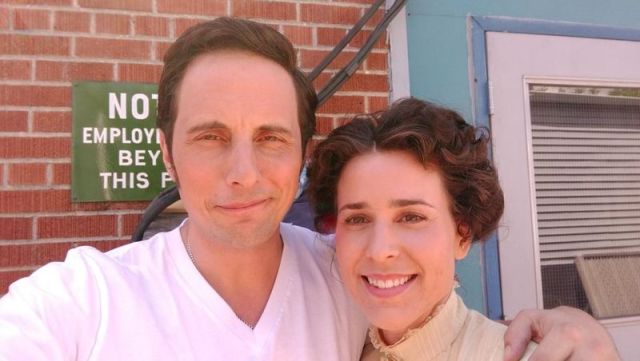 Those smiles speak for themselves.  There is still good in this world, friends. 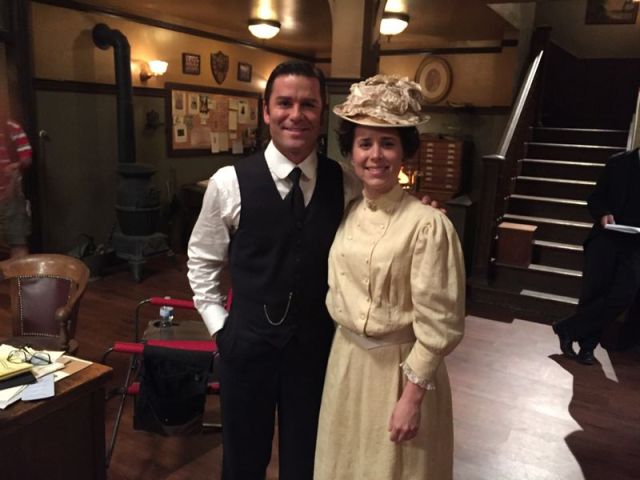 Amanda and… some guy.  I think he’s a gofer or something…

Amanda and the incomparable Colin Mochrie.  Only this blog brings you the behind-the-scenes skinny, friends…

Husband. Father. Bellman. Author of The Bellman Chronicles. Reader of comic books and observer and chronicler of the human condition. And to my wife's eternal dismay, a mere mortal and non-vampire. I'm often told I look like your uncle, cousin, etc. If I wore a hat, I'd hang it on a hat rack in my home in Niagara Falls, Canada. You can call me The Hook, everyone else does.
View all posts by The Hook →
This entry was posted in Hotel Life and tagged Amanda Richer, Canadian TV, CBC, Helen Keller, Murdoch Mysteries. Bookmark the permalink.

10 Responses to Murdoch Mysteries: Behind The Lens With Amanda Richer.