Filling this space with something, pretty much anything, obviously.

So let’s get started, shall we?

ONE)  Seriously?  It’s World Emoji Day. If you were unaware of this real-world celebration of the virtual world, congratulations; it may not be much but you officially have something resembling a life. 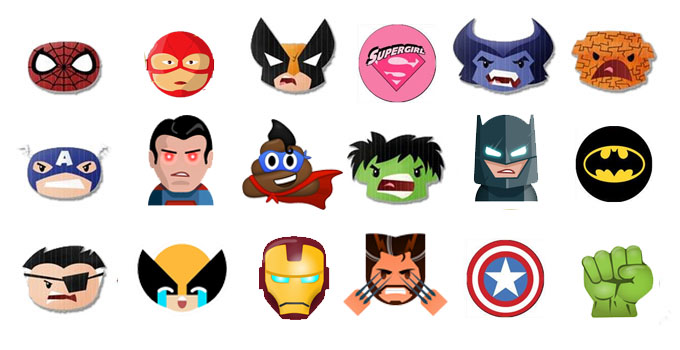 TWO)  WTF!  Delta Air Lines has retaliated after what it refers to as a “public attack” on its employees and customers by Ann Coulter, after the conservative pundit posted a series of angry tweets over an inflight seat mix-up she experienced over the weekend. Personally, I think Coulter should be thankful Delta decided against whipping her bony ass out of the plane once it hit cruising level…

THREE)  Cold hard facts.  People are still choosing to end their lives by hurling themselves into the Niagara River via the Falls themselves. One of my best friends was among them. I couldn’t save him. I can’t save them. The wheel goes round and round and as much as I want to get off, I can’t.

FOUR)  Donny Boy’s at it again!  What’s Trump done now? Who cares! As much as my family loves watching Spicer’s escapades in the bushes, the podium, etc., it’s all too much for my fragile psyche. This circus just gets bigger and wilder. Every. Single. Day.

Enough already! This presidency feels like the worst acid trip of all time.

I suspect CNN and Anderson Cooper screwed with the election results and deliberately Trump in power solely for the humongous ratings surge that has shocked even them.

FIVE)  The Yankees are screwed.  In the US, this was supposed to be a all-or-nothing week for the GOP Senate’s health care bill, but instead, it’s officially in limbo land. Why?

Because Trump has decided to transform Americans into vampires – or give them robot bodies – thus eliminating the need for health care all-together.

SIX)  Finally!  For the first time a woman, Brit actress Jodie Whittaker, will take over the iconic role of Time Lord adventurer Doctor Who. At least this Doctor will stop and ask for directions when the TARDIS gets lost…

My daughter, the ultimate feminist, did an actual back flip when my wife informed her of this milestone.

She broke two lamps and nearly squashed the dog, but it was a great moment in her eighteen-year-old history.

You’ve come a long way in the timestream, baby…

SEVEN)  The Rebel Hook.  I was officially the sole human not watching the Game of Thrones premiere last night. It actually felt good, like I was a anarchist, bucking the rules for once in my life. I asked the wife if she wanted to sleep with a bad boy and she said, “Sure! Do I have time to do my hair before he gets here?”

EIGHT)  Leave my heroes alone, Death!  We lost George Romero and Martin Landau over the weekend. Why can’t the Grim Reaper take people who truly deserve it? Say, for example…

You’re looking in the wrong direction, Ann.  Your lord and benefactor, Satan, is down below.

NINE)  Middle-age sucks.  My IBS – or whatever the hell it is – is still keeping me up at night. Last evening my bowels sounded like an Alien queen caught in a tsunami after I took one of my little white pills. As you can imagine, it’s quite the turn-on for the wife, especially when I have to leap  out of bed and run downstairs to the secluded bathroom – in between bouts waves of agony, that is.

Where are those Kryptonian powers I ask for every year on my birthday?

TEN)  Believe it or not, he was one of the kindest, most generous guests I’ve ever served.  O.J. Simpson will go before a parole board to decide whether he can be released from prison. Personally, I hope he gets out.

Before you judge me too harshly, understand this: so far this summer has been filled with more cheap, rude travelers than I’ve dealt with in some time. Dealing with The Juice would be a welcome change from the nutty norm.

Husband. Father. Bellman. Author of The Bellman Chronicles. Reader of comic books and observer and chronicler of the human condition. And to my wife's eternal dismay, a mere mortal and non-vampire. I'm often told I look like your uncle, cousin, etc. If I wore a hat, I'd hang it on a hat rack in my home in Niagara Falls, Canada. You can call me The Hook, everyone else does.
View all posts by The Hook →
This entry was posted in Hotel Life and tagged Ann Coulter, CNN, Doctor Who, Jodie Whittaker, Monday, travel, Trump. Bookmark the permalink.

26 Responses to It’s Monday; What’s On The Hook’s Mind?