Before we begin: I’m going to need you to do a few things in order to maximize your viewing experience.

STEP ONE:  Click on this link to familiarize yourself with this year’s Niagara Falls Comic Con line-up.

STEP TWO:  Keep an open mind; cons aren’t for everyone – but my blog certainly is.

2)  “What’s that?  Flash Gordon Sam Jones and Lou Ferrigno are going at it again?”

4)  “Kate Mulgrew’s still here?  She must have been hiding in the basement since last year!”

5)  “You prefer Kirk to Picard?  I don’t even know you anymore, Madelyne!”

9)  “What do you mean Kevin Smith is only here for one day?  And only for photo ops?”

10)  “Your mom can’t pick us up?  I don’t even have bus fare left after I bought that Hello Kitty vs. Sailor Moon box set!”

11)  “Victor Newman’s making out with my grandmother!”

12)  “Is that a lightsaber in your pocket or are you just really excited to be here at Niagara Falls Comic Con?”

13)  “Of course Jason Mewes kicked you in the nuts, man… you told him you were surprised he was still alive.” 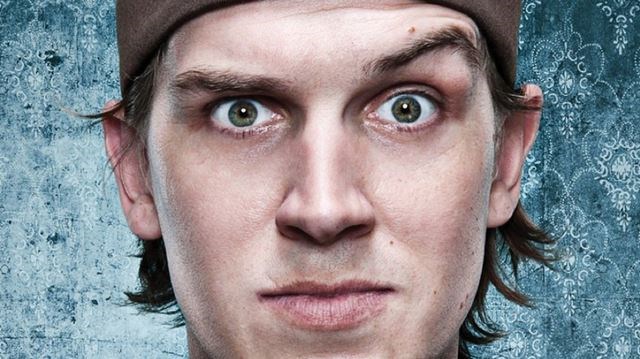 14)  “J. Peterman just recommended I purchase the Urban Superhero Sombrero, ‘for the active member of the fandom community who is ready to throw caution to the wind and live a life on the edge… of a ledge.'”

15)  “What do you mean you’re really not a girl under all that Wonder Woman padding?  We’ve already had sex three times!”

17)  “A fight just broke out between the Dr. Who Society of Canada and the Ontario Ghostbusters!”  (But since it won’t exactly be ‘Clash of the Titans’, no one will care.)

18)  “Are you high?”  (This will be in response to some inane query posed to a celebrity that hasn’t thought of the role that made them famous for over twenty years.)

19)  “Uh, geez, I didn’t mean to make you cry, little boy…”  (This is, of course, uttered by a celebrity after inadvertently offending a fan – who is actually a forty-year-old man, not a boy.)

20)  “You, sir, are an idiot.”  (This, of course, will be uttered by yours truly, while dealing with some mouth-breathing moron. I will, of course, be imitating the immortal Bruce Campbell.)

21)  “Canadians are so nice, it’s weird as fuck!”  (Some American tourist says this to me every year, without fail.)

25)  “I wonder if Mark Bagley (a Marvel Comics Spider-Man artist) will sign my Batman: Rebirth #1?  It’d make a great collectable!”

“I wonder how long it’ll take to wash the smell of geek off me tonight?”

27)  “Somebody just stole the hubcaps off The General Lee.  John Schneider’s pissed.”

28)  “I wonder if the Eight Doctor Who is going to be late for his panel?  That’d be pretty amazing if he was!”  (Because he has a time machine, you muggles.)

29)  “Wonder if Tara Reid will show me her boobs if I offer her twenty bucks?  She needs the money!” – One of my bellman colleagues who will be accompanying me this year… and who will no doubt be in need of bail money later on in the day.

See you in the lobby and on the con floor, True Believers…

Husband. Father. Bellman. Author of The Bellman Chronicles. Reader of comic books and observer and chronicler of the human condition. And to my wife's eternal dismay, a mere mortal and non-vampire. I'm often told I look like your uncle, cousin, etc. If I wore a hat, I'd hang it on a hat rack in my home in Niagara Falls, Canada. You can call me The Hook, everyone else does.
View all posts by The Hook →
This entry was posted in Hotel Life and tagged Batman, comic books, cons, cosplay, John Schneider, Lou Ferrigno, Marky Ramone, NFCC, Niagara Falls Comic Con, Niagara Falls Comic Con 2017, Sam Jones, sex. Bookmark the permalink.