Yes, I realize women – or for that matter, anyone – should never be marginalized or treated with anything less than total respect, but after researching today’s guest extensively (best five minutes of research time I ever spent) I can draw no other conclusion. Oh sure, I could use words like “courageous”, “inspiring”, or “dynamic”, but “cool” works best, in my opinion. And since it’s my blog, my opinion rules.

So not only is Amanda brilliant, she ain’t ugly either…

I’m going to break with tradition (since I can) and let Amanda “speak” for herself for a moment. The statement that follows is from the Canadian Cultural Society of the Deaf’s 2014 edition of the Defty Awards. I think it speaks volumes and should answer any questions you may have as to why I asked Amanda to join us today.

Besides the fact that she said “yes” when most people tell me to get bent, I mean.

I really want to be an actor. It is my passion, and everyday it seems like a struggle; especially as a deaf actor. I’m told I won’t succeed. I’m not good enough. I often take myself away to a different place where I know I will succeed.

Mark Twain said, “Keep away from people who try to belittle your ambitions. Small people always do that, but the really great make you feel that you, too, can become great.”

Amanda Richer is one of those people who makes me feel great. (As opposed to the many travelers I serve who make me feel anything but.) She inspires me with her sass, humanity, fiery conviction and of course, her talent.

In 2003 Amanda was chosen to play the principle role of Kendra in the groundbreaking kids show, Deafplanet.com, which aired on TVO. (By the way, TVO stands for TVOntario, a publicly-funded Canadian network that’s actually pretty cool and isn’t just a northern version of PBS.) Not content to stand in front of the camera alone, Amanda directed a documentary Marianne Matters, which netted her a “Best Canadian Filmmaker” of 2011 award at the Toronto International Deaf Film and Arts Festival.

Pretty snazzy, right? (Don’t ask me why I used “snazzy” there. I’m just making this stuff up as I go along.)

Fun Fact:  We’ve never actually met (which probably explains why she agreed to this 5×5) but Amanda and I both attended Humber College in Toronto. Of course, I took journalism and became a blogging bellman and Amanda took acting (duh) and is blazing a trail in her field.

But other than that, we’re practically the same human being.

In addition to being a kick-ass actress and an even cooler human being, Amanda is a filmmaker of the highest order. If you  wish to know more about the incomparable Amanda Richer, you can illuminate yourself further by clicking here, but now it’s time for the actual 5×5 portion of today’s program, kids!

ONE)  Everyone has dreams and people always assume an actor only has career-focused dreams; care to share a dream of yours, Amanda Richer?

For as long as I can remember I’ve always wanted a log cabin home that sits on a decent amount of property close by the water. I got an outdoor fire pit where I can enjoy my morning coffee as the sun comes up and a nice cold beer as the sun goes down. 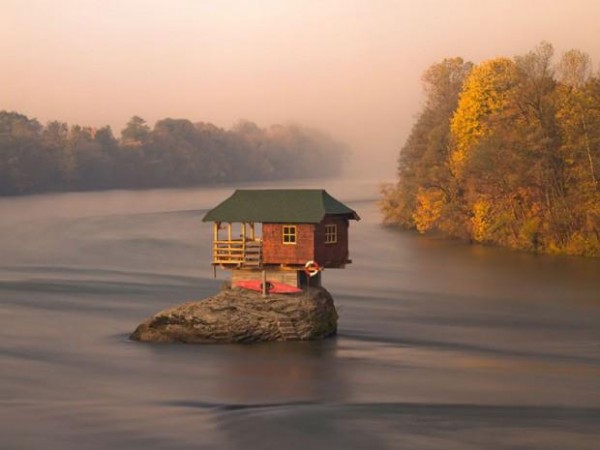 TWO)  Has your nickname, “Mayday”, ever scared off a perspective suitor?

Ha ha not yet! Although it is a future name I would like for my daughter, so we will see how that conversation goes.

THREE)  Please finish this sentence: The best thing about being Canadian is…

Our beautiful country itself. There is so much beauty to explore.

Note to self: Never, ever tick Amanda off…

FOUR)  If you could travel back in time and be in any Saturday Night Live (or if you prefer, SCTV) sketch, what would it be?

I LOVE SNL… especially right now. I’m a huge fan of Kate McKinnon, she is a comedy genius. I would actually travel back to 2015 and take part in “Close Encounter” with Kate McKinnon, Cecily Strong and Ryan Gosling. Except I would play Ms.Rafferty. Ms.Rafferty cracks me up.. the things she says.. the way she presents herself.

Just to throw another one out there, I’d love to play a cop alongside Dyke & Fats with Kate McKinnon and Aidy Bryant. It could be called Dyke & Fats & The Deaf One.

FIVE)  It is a fascinating/distressing time for Canada’s film and television industry. In your opinion, Amanda, what needs to happen to help this country’s arts and culture community survive and thrive?

We have incredible talent and potential here in Canada; that’s undeniable. I think we need to continue supporting and utilizing government organizations like Telefilm, which provide the funding and tools to not only get our films made and seen, but continue to distinguish our work as “Canadian”, rather than just an extension of the American market.

(I’ll say it for you… magnificent.)

And that, my good people, is Amanda Richer in a virtual nutshell. She has my eternal gratitude for being here today (a $50 value) and as always, thank you too.

Husband. Father. Bellman. Author of The Bellman Chronicles. Reader of comic books and observer and chronicler of the human condition. And to my wife's eternal dismay, a mere mortal and non-vampire. I'm often told I look like your uncle, cousin, etc. If I wore a hat, I'd hang it on a hat rack in my home in Niagara Falls, Canada. You can call me The Hook, everyone else does.
View all posts by The Hook →
This entry was posted in Hotel Life and tagged 5x5 With The Hook, Amanda Richer, TVO. Bookmark the permalink.

8 Responses to 5×5 With The Hook: Amanda Richer.