It’s a Murdoch Mysteries Monday. A Gotham Monday. Family Day in Ontario. President’s Day in the United States. The day after the star-studded 40th anniversary of Saturday Night Live. Heck, for all I know, it’s National Hug a Hedgehog Day, that’s how overloaded this Monday appears to be. 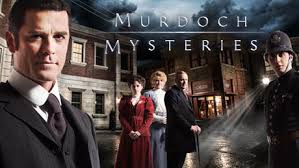 So, in the spirit of celebration, I present to you now a celebration of life in all its glory, shame and naughty fun, courtesy of my unique customer service skills.

We’ve covered this before but in an age of sensory overload courtesy of tech addiction, our minds have been conditioned to dump information as fast as we draw it in, so it bears repeating: A bellman’s duties, in no particular order, include…

Longtime readers of my blog and Twitter account (all ten of them), aren’t rolling their eyes right now… but everyone else is. Let’s see if I can convince the skeptics among you, shall we?

ME:  Bell Desk, Robert speaking. How may I help you? (Isn’t it cool how I made it apparent that I was answering the phone? #Genius.)

VARIOUS BACKGROUND VOICES, ALL SCREAMING:  EDDIE! EDDIE! EDDIE! (You get the point, right?) ARE YOU GETTING THE CAR TOO, EDDIE? OR ARE YOU GOING TO SCREW THAT UP TOO?

Many hospitality professionals advocate a “see no evil, hear no evil” approach when dealing with guests; the popular belief being that a true professional should ignore the elephant in the room (or, in this case, over the phone), in order to put the guest at ease.

ME:  I’m guessing you’re having a challenging morning, sir?

Many hospitality professionals have never heard of The Hook, nor would they approve of me if they did. But screw ’em, my methods have stood the test of time. And besides, you know what they say, if it ain’t broke, don’t fix it. Unless you desperately need the work, then you should go to town on it with a hammer in order to put food on the table for your family. What, you never heard that expression?

Eddie was having a helluva time releasing the words from his throat so I made it easy for him. I arranged for his family’s cars to be delivered and I headed up to his group of rooms. Eddie was just as I imagined; a short, mousy, thin white guy with black, messy hair.

What I couldn’t have imagined was Eddie’s wife: A statuesque, gorgeous, raven-haired, drop-dead-gorgeous, toned, gorgeous young wife named Janet. Did I mention she was gorgeous? And well-mannered and sweet to the bellman? Because it bears mentioning, especially when you consider that the average gorgeous wife is indifferent to the bellman, not sweet and well-mannered. But Janet was the towering, gorgeous exception to the rule.

Her family, however, was a different story all together. Mom and dad were Ward and June Cleaver clones – from Hell. Their clothes were upscale and modern but their minds were locked into a simpler time with simpler values… that no one wants to see return. Grandma and grandpa were equally creepy (though their clothes hadn’t been in style for decades), and even more outspoken. Great-Grandpa (don’t these people ever die?), was cranky as hell but I issued him a pass for being older than whoever decided to call dirt “dirt”. Janet’s two brothers and sisters were nice enough. To me. Although, to be fair, they were too busy busting Eddie’s balls to bother with the bellman.

Check out some of the slings and arrows Eddie suffered in a manner of minutes.

“The room was too hot, I thought I was going to liquify into the bed, Eddie!” – Grandma

“The room was too cold, Eddie… I froze my nuggets off!” – definitely not Grandma

“I wish you’d woken us up earlier. We hate being rushed! Old people have heart attacks when they rush around like young whippersnappers. You should have more consideration!” – Great-Grandpa

“I have no idea why my daughter bothers with you, Eddie. You must be hung like a stallion!” – Mom (Yes, mom.)

“Can we just get out of here so we can forget this trip ever happened?” – Brother #1

“I’ll never forget this trip… it’s burned into my memory.. that’s how bad it sucked!” – Sister #2

And on they went… and on… and on. Honestly, I zoned out as I loaded my cart beyond capacity; a single thought ringing in my head.

“This poor bastard would make Al Bundy feel sorry for him!”

I did my best to wrangle the family from Hell under my control and get them out of my hotel as fast as I could.

ME:  Okay, folks, I have everything loaded up. I know you all want to get going so you can begin to erase this trip from your collective memory so why don’t we head out?

SISTER #2:  We’re not done busting my sister’s husband’s balls yet!

JANET:  He’s your brother-in-law and you’ve all done enough, thank you very much.

DAD:  We’ve barely started, honey. Besides, your husband has to learn to stand up for himself.

ME:  With all due respect, sir (when beating a guest back, always start with “with all due respect”),  I’ve been where your son-in-law’s standing and there’s a fine line between standing up for himself and creating family disasters he’ll have to hear about at every get-together for the rest… of his… life.

I swear every single member of Janet’s family rolled their eyes simultaneously. And that’s quite a feat for the older folks. As for Eddie, he just stood out of the way with his head down in the metaphorical trenches, no doubt praying for an end to the day’s hostilities.

But once we all jammed into the elevator, like human sardines (“Hardines”? “Sumans”?), it was obvious that wasn’t going to happen. The trip took forever, as the elevator kept stopping at EVERY. SINGLE. FLOOR. As I explained the obvious to frustrated guests, Eddie’s tormentors kept nipping away at his testicles. Finally, I couldn’t stand it any longer.

ME:  (To Eddie in a quiet voice.)  The next time you’re in Niagara Falls, sir, you owe me.

The complaints were flying fast and furious but I brought the conversation to a halt.

I even punctuated my revelation by slapping my right hand against my head. (Acting!)

And that, boys and girls, is how you make an impression on guests.

As for the family from Hell, they just stood there speechless, their jaws gaping wide. Finally, they had something else to agree on besides their mutual hatred of Eddie: The bellman was nuts.

Right on time, the elevator opened, the family picked up their jaws and headed out. Eddie and Janet ponied up an appropriate tip, shaking their heads all the while.

Don’t ever tell me I’m not willing to go above and beyond for my guests. And their money.

See you in the lobby kids…

Husband. Father. Bellman. Author of The Bellman Chronicles. Reader of comic books and observer and chronicler of the human condition. And to my wife's eternal dismay, a mere mortal and non-vampire. I'm often told I look like your uncle, cousin, etc. If I wore a hat, I'd hang it on a hat rack in my home in Niagara Falls, Canada. You can call me The Hook, everyone else does.
View all posts by The Hook →
This entry was posted in Hotel Life and tagged families, Family Day, Gotham, in-laws, Murdoch Mysteries, President's Day, Relationships, Saturday Night Live, Saturday Night Live 40th anniversary, sex, sex and relationships. Bookmark the permalink.