Just like the randy female investment banker who arrived at the hotel in a Jaguar and left in an ambulance, the revelations just keep on coming, kids.

Let’s dispense with the chit chat and dive right in, what do you say, say, say?

(Sorry, I’ve had Sir Paul’s work on my mind lately.)

1)  The lovely Michelle of Silkpurseproductions is going to kick things off with a potentially explosive query: There is the obvious…although, I know you won’t answer…which hotel has the honor of paying you for your services?

Yeah, right. Hope springs eternal, babe. You know I’d answer if I could, Michelle. The truth is, management is aware of my writing and while they have never expressly forbid me from mentioning the hotel by name, I’m not about to take any chances.

2)  The perpetually relaxed and talented Abigail of Contortum Designs has decided to get… deep: Have you ever felt like you were meant to be born and live in another country or time period? I think I would have made an excellent flapper.

This is where I belong, Abigail. I’m a product of the Seventies who has learned to embrace the digital age.

2.1)  Are you an animal person? Dogs? Cats? Monkeys? Oooh, how about finger monkeys?

Finger monkeys? Are you coming onto me, Abigail? All right, let’s get serious, shall we? We have a dog, Chelsea, who drives me nuts! Of course, I love her to death – just not at five am when she needs to be put out…

2.2)  If you could do a 5×5 with anyone dead or alive, who would be your choice? And what would you ask them? You should also include what you think their responses would be to your questions!

John Lennon would be an interesting choice, although a frustrating one…

2.3)  Is there a song that you feel represents your life? Sorry, I’m having way too much fun with this!)

No  problem!  Now, let’s see.. how about Little Wonders by Rob Thomas? My life intersects with millions of others and we impact each other in ways we don’t even realize most of the time. Great question, Abigail!

Sadly, I’ve never attended the granddaddy of ‘cons, San Diego Comic Con, but I’ve been to Toronto’s Fan Expo several times and of course, I’ll always be present and accounted for at Niagara Falls Comic Con. As for dressing up… I’m not into cosplay, much to my wife’s delight.

I’m too honest and blunt for politics, I’m afraid, “Tis.  But I’d love to make a positive impact on the city I love.

4)  One of the most decent and generous bloggers I know, Behindthemask, also treated me with kid gloves: What’s your dream job?

I’m living it! No seriously, I’d love to be a “professional writer” with a large home and an in-house office with a gorgeous view from which to dazzle the world with my musings.

5)  Not everyone has been so generous. Take it away, isawbobdylaninaspeedo: What would you say to Picasso and Einstein if they walked into the Lapin Agile while you were sipping a beer?

6)  Getting back to the subject of dreams. REDdog wants to know: Hook, I know you have a special affection for Niagara but is there another dream Hotel somewhere that you would love to bell hop in?

Any of the Vegas “super hotels” would provide endless blog fodder, I imagine. “What happens in Vegas, stays in Vegas”?  Yeah, right.

6.1)  And given your weirdness factor, have you ever actually “hopped” when you’ve heard the bell?

Favorite: Pork chops. Give me a pork chop and I’ll love you forever, Jennifer.  As for my least favorite dish: Spaghetti leaves me hungrier than I started out! 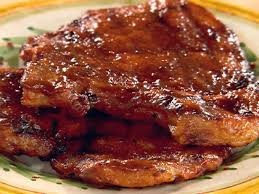 8)  The best Britt I know, Britt, has a few queries for me and so we’ll get right to it: What’s the largest tip you’ve ever awarded… to whom… and for what feat of service excellence?

Way to challenge me, Britt! I once had lunch with the family at the hotel’s Falls-view restaurant and we left sixty dollars for the servers, but beyond that, I don’t really travel much or eat out. I’m a boring boy who works too much.

8.1)  The most annoying aspect of blogging is…

The danger of becoming obsessed with the size of your readership and daily numbers. I’m sure you’ll agree, Britt, guys spend far too much time obsessing over the size of their possessions as it is. Other than that, I love blogging!

8.2)  Opening night. The Bellman Chronicles. With a touch of nostalgia and tip of your hat to your behind-the-desk beginnings, you generously invite all of your 5×5-ers to the premiere and put them up in some swank hotel. Who’s swapping keys?

Oh, you naughty minx!  How should I know who would hook up? Besides, I think I’d be juggling grenades by answering that one. Many of the bloggers I know – like you, for example – are happily married. There are plenty of single guys ‘n gals out there like Chowderhead and Single Girlie, of course, but I refuse to speculate as to who would be tempted to hook up (yes, I  went there) and form the Beast With Two Backs.

Thanks for the chuckles, Britt. You know how to challenge me. I like that.

9)  Smittenwithhim is interested in the Big questions: Are you a legs, tits or ass man?

To be honest, Smitten, I’ve always been attracted to a woman’s facial features above all others. I can still remember the first time I saw the girl who would become my girlfriend, fiancée, wife and eventually, the mother of my child; her hidden smile, her eyes and her general look captured me in an instant.

But given the choice, I’d go with the rack, definitely. At my show, nothing beats a good set of guns.

10)  The blogging force that is MamaMickTerry has a double barrel for The Hook: What is your hot button? What person/situation just makes your blood boil?

Many years ago Steven Spielberg made a little picture called Schinldler’s List. That film was verboten in my German grandmother’s home. Not because of the theme, per se, but the problem was Spielberg’s willingness to gloss over Schindler’s flaws. The man’s widow went on record as saying that his actions were as motivated by the benefits of a cheap labor pool as humanitarianism. Of course, she changed her tune when Spielberg’s people “had a conversation” with her. (Money talks, kids.)

I hate revisionist history. I grew up hearing the unvarnished truth about the war and its participants and Spielberg’s zeal to please his mother has always irked me to no end.

VampireLover and I both worked at the now-defunct retail giant, Zeller’s and she caught my eye and heart the first time we passed each other down the aisles. She, however, was not impressed when we first met.

She appeared sad and so I remarked, “Why don’t you smile?”  That was a glaring error on my part and unfortunately, it was not my last. But love prevailed and two decades later we’re still going strong.

And I’m still screwing up, of course.

And on that romantic note, kids, we have reached the end of the road for now.

See you in the lobby, folks…

Husband. Father. Bellman. Author of The Bellman Chronicles. Reader of comic books and observer and chronicler of the human condition. And to my wife's eternal dismay, a mere mortal and non-vampire. I'm often told I look like your uncle, cousin, etc. If I wore a hat, I'd hang it on a hat rack in my home in Niagara Falls, Canada. You can call me The Hook, everyone else does.
View all posts by The Hook →
This entry was posted in Hotel Life and tagged 'Tis Personal, 5x5 With The Hook, Blooms and Bubbles (it's still East Meets Breast…), Contortum Designs, http://jenbeads.wordpress.com/, isawbobdylaninaspeedo, Jenbeads, John Lennon, MamaMickTerry, Paul McCartney, REDdog, Silkpurseproductions, Zeller's. Bookmark the permalink.