5×5 With The Hook: Ned Hickson

This is Ned’s Blog.

Ned is one of those guys you want to gravitate towards when you spot him at a party filled with boring, unhinged, needy people discussing their boring “blah blah blah” lives. Or as I like to call them, my relatives.Trust me, folks, if you see Ned at a party you better plant yourselves right next to him (while respecting whatever personal boundaries he sets, of course), and prepare to smile until your face hurts and your bladder threatens to rupture. But don’t get me wrong, Ned has his serious side…

Somewhere. Deep, deep, deep down. (Incidentally, click on the pic to see how great Ned is when he really cuts loose.)

Personally, I’ve thanked whoever is pulling the strings up there for introducing me to Ned Hickson. He understands the dynamics of writing to entertain and most of all, he understands failure and how to rise above it. If you’ve ever entertained the possibility of making a career for yourself in the professional scribe biz, click HERE.

And read Ned’s book, will ya, folks? He needs the money.

But enough of this mushy junk, I’ve been overwhelmed these days so I’m going to turn the reins over to my buddy, Ned. But before I do I’d like to thank Ned for channeling the Speed Force and responding so quickly to my call for 5×5 guests. You’re okay in my book, Ned Hickson – regardless of what the background check and blood test revealed…

1) What’s the best thing about being Ned?

Not being Justin Bieber.

And being married to my wife.

I don’t think this is a coincidence.

I think Pluto has ever right to complain. If Kim Kardashian and Daft Punk can be given star status, why not Pluto? And let’s face it: Daft Punk looks like they belong on Pluto anyway. I grew up being told Pluto was a planet. I got an “A” on my 5th grade solar system test because I counted Pluto among the nine planets in our solar system. There’s a precedence, people! And besides, the argument that Pluto isn’t a planet simply because three of them would fit into Uranus is just awkward. It also makes me question what kind of people are making these decisions. And what they’re doing with their free time.

(And here’s your answer, Ned.)

3) Greatest thing about being Justin Bieber:

That’s like asking me to name the best thing about skydiving when your parachute doesn’t open: All you can do is hope it’s over quickly. Given the current momentum of his celebrity status, I’d say the same applies.

4) How do I prefer my milkshakes: Brooke Shields vanilla or Beyonce’ chocolate?

I’ve always had a thing for Latin women (just ask my Spanish wife), so I’d have to say I’m more of a mocha milkshake kind of guy. Don’t forget the cherry.

Yes, he’s definitely a gas ball. Then again, so is the sun. The Star Trek universe simply wouldn’t be the same without him. I’m not much of a Trekkie but I know that much.

And speaking of the universe, I’d like to take this opportunity to be the first to predict the creation of a new black hole — just as soon as Justin Bieber finishes collapsing in on himself.

Maybe then Pluto will get some respect.

Well, I think that went rather well, don’t you? My thanks to Ned for being a stand-up guy, a gifted humorist and an a pal. We need to hit he road now, folks; Ned has work to do.. 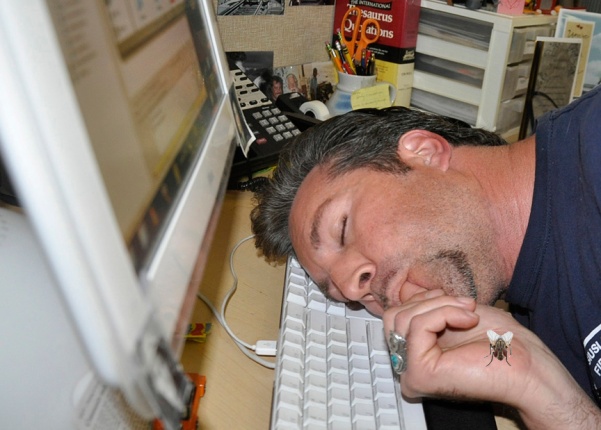 Everyone has their own process, apparently.

See you in the lobby…

Husband. Father. Bellman. Author of The Bellman Chronicles. Reader of comic books and observer and chronicler of the human condition. And to my wife's eternal dismay, a mere mortal and non-vampire. I'm often told I look like your uncle, cousin, etc. If I wore a hat, I'd hang it on a hat rack in my home in Niagara Falls, Canada. You can call me The Hook, everyone else does.
View all posts by The Hook →
This entry was posted in Hotel Life and tagged 5x5 With The Hook, Humor at the Speed of Life, Justin Bieber, Kim Kardashian, Ned Hickson, Ned's Blog, Star Trek, The Big Bang Theory, The Flash, William Shatner. Bookmark the permalink.